By Isabella and Tilly
Description

The Tuatara is the largest reptile in NZ. They measure about half a metre in length and also their weight is 1.5 kg when fully grown. Their average lifespan  is 60 years but they can survive till their just over 100 years.
Tuatara like cool weather. They can’t live when the temperature is over 25 degrees but,they can live when temperature is below 5 degrees by sheltering in burrows. The Tuatara colours are olive green,brown and orange red. They can change colour over their lifetime.


Diet
Tuatara have a range of different animals they eat. Also the Tuatara is a carnivorous animal,meaning they only eat other animals such as weta,worms,beetles and spiders.


Predators and threats
The young Tuatara are at most risk of these introduced prey such as cats,dogs,ferrets,stoats,rats and possums.
Due to climate change the Tuatara population has been threatened by the heat when the temperature is over 25 degrees.

Tuatara were found in both South and North Islands before humans arrived.Tuatara are now  found on offshore Islands. In recent years the Tuatara has been returned to the mainland in protected sanctuaries such as Cape sanctuary and Flagship sanctuary.

Conclusion
You can find the Tuatara at Wellington zoo and Auckland zoo. Now remember this creature is rare so please help us protect the Tuatara!

This week we have been doing information reports for our writing.We had to do the first one on freshwater crayfish and then we got to chose one of our own.

There was a list of catergories including -
Habitat-Diet-Threats and predators-Breeding/life cycle and that's all there is.

By Ashton Shirley
Posted by Anonymous at 13:59 No comments:

Pod 9 and 10 have been doing pots and candles for our art auction.  We have been putting tiles on the top and shells on the sides of our bowls  .To make them you start of by placing 2 cm of cement in the botom of the bowl.  Then place a smaller bowl in the middle and fill the gaps up with cement.  Finally you pick out some tile and place them in the cement. 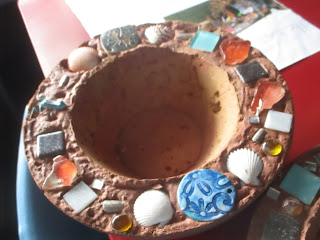 Casey and Charlee brang in sheep to show the classes.
There names were smoky and minty.Casey and charlee feed them
milk from bottles.They put the milk bottles behind there backs and they would follow them.
Posted by Anonymous at 13:21 1 comment:

This website includes games that you make guided by the coding within them. You learn to code through different types of blocks. You drag and drop them, trying to figure out the puzzles set out in front of you. The game helps you to see what it is like to code. Here is a link to hour of code:
Click on me to go to hour of code!
Here is how to navigate on the website: First, scroll down to see what courses are there to try. Then, look at what grade it is, if you are a beginner, it should be around grade two. Then, click on which one that you want, start it, and read the tips in the tutorial to help you solve the problems. Each puzzle gets harder and harder, introducing more blocks every now and then. Some new blocks have videos that explain how to use them in your puzzle. They are normally self-explaining, so you should be able to understand them anyway.
Posted by Anonymous at 10:13 No comments: 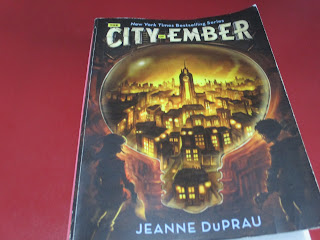 CITY of EMBER
over the past few weeks we have been reading a book called
CITY of EMBER. Everybody is interested in it.We have finished
this one and now we are on to CITY of EMBER people of sparks.
And we were all excited wile it was arriving.
Posted by Caryn Magrath at 11:41 4 comments: